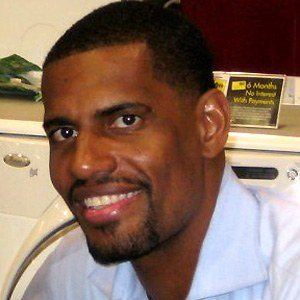 NBA journeyman power forward who was known for his defense and rebounding.

He was drafted 10th overall by the Miami Heat in 1995 after playing fours seasons at Texas Christian University.

He married Amber Thomas, with whom he had four children: Isabella, Kurt Jr., Gabriella, and Abigayl.

He played alongside Steve Nash during his stint with the Phoenix Suns.

Kurt Thomas Is A Member Of