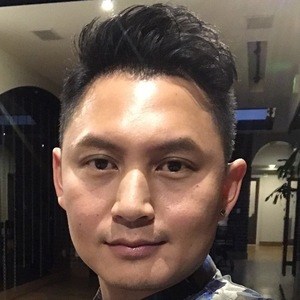 Jewelry designer who is known for his work with both celebrities and on different feature films and television shows. He is known for having been the Jeweler for the film La La Land and for the cast of the show Vanderpump Rules.

He first launched his jewelry company Kyle Chan Design in May of 2011. He gained further recognition in January of 2013 when he started designing jewelry for Miley Cyrus.

He was featured and profiled in Glamour Magazine in June of 2018.

While he was born in Hong Kong, he moved to Los Angeles at the age of 13.

He is known for having designed Brittany Cartwright's 3.14-karat engagement ring.

Kyle Chan Is A Member Of