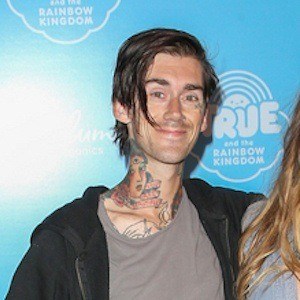 Freestyle Motocross rider who founded the Evangelical Christian group of riders known as Riders 4 Christ and invented tricks like The Volt and Electric Doom. He is the first rider to have won the X Games Moto X Best Trick gold medal in three consecutive years, doing so from 2007 to 2009.

He was born and raised in Orange County, California. His father bought him his first bike, a CR 80, for his birthday.

He is a talented multi-instrumentalist who plays with his wife in the rock band Piranha Fever. They have a recording studio in their home.

He married a woman named Casey, with whom he has a son named Sam and stepdaughter named Sadie.

The training facility for his Riders 4 Christ group was donated by Evangelical pastor Rick Warren.

Kyle Loza Is A Member Of