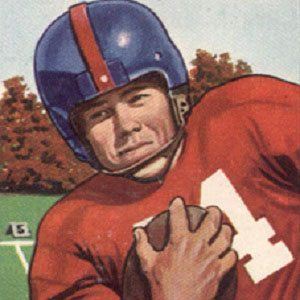 He was an All-State high school athlete in basketball and football at Thomas Jefferson High School in San Antonio, Texas.

He was named to the College Football Hall of Fame after a standout career at Southern Methodist University.

He and fellow running back Eric Dickerson both played football for Southern Methodist University.

Kyle Rote Is A Member Of