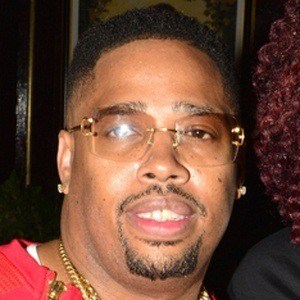 Record producer who runs Program Pictures, in affiliation with Morgan Creek Pictures. He has worked with Death Row Records several times, and has worked A and R for Ruthless Records and Interscope Records. He produced the 2017 Tupac Shakur biography All Eyez on Me.

Some of his early projects included work with Snoop Dogg and Mariah Carey.

He worked with Ashanti on her fourth album Declaration.

L.T. Hutton Is A Member Of