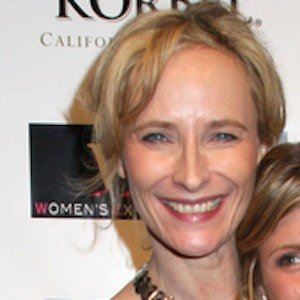 American actress who has appeared in numerous stage productions, television series and films including The Sopranos from 1999 until 2001 and Maids of Honor in 1990.

She graduated from the University of Wisconsin-Eau Claire and attended the Yale School of Drama.

She has won multiple awards for her work including the Actors' Equity Foundation Joe A. Callaway Award and the Drama League Award.

She married Robert Cuccioli and grew up with three sisters.

She has appeared in a production of Justin Fleming's Burnt Piano.

Laila Robins Is A Member Of