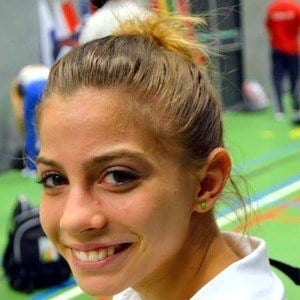 Professional gymnast who is recognized for having won a gold medal in the free body category at the 2017 Italian Championships. She represented her home country in the European Championships in Romania that same year.

She made her international debut as a gymnast in 2010.

She was the recipient of a silver medal at the Porto San Giorgio event in 2014.

She is from Italy.

She has competed alongside fellow gymnast Vanessa Ferrari.

Lara Mori Is A Member Of