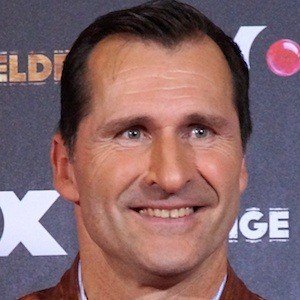 He started competing in the early 1980s while living in East Germany. He represented the country in the 1986 World Junior Championships.

After Germany reunified, he went on to win gold at five World Championships and a European Championship. His career best throw was 71.50 meters.

He had a son with his ex-wife Kerstin.

He competed against Virgilijus Alekna at the 2000 Olympic Games and 2001 World Championships.

Lars Riedel Is A Member Of