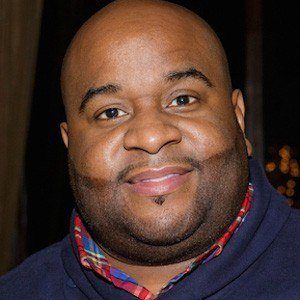 Songwriter behind platinum classics performed by artists like Whitney Houston and Michael Jackson, he's been called the "Secret Weapon" behind many of pop's biggest hit songs like Destiny Child's "Say My Name" and The Spice Girls' "Forever."

He earned his first hit in 1999 when he penned the single "If You Had My Love" by Jennifer Lopez. Not long after "Say My Name" won R&B Song Of The Year at the 2001 Grammys.

He has worked as a coach and mentor on reality competition shows like Making the Band and American Idol.

He and his wife April have a son named Jett.

He and his wife star alongside Tamar Braxton and her husband Vince Herbert in the WeTV reality series Vince & Tamar.

Lashawn Daniels Is A Member Of