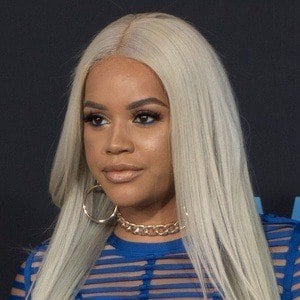 Original cast member of the MTV UK reality television series The Valleys. She is an aspiring singer and model.

She was 19 years old when she first appeared on The Valleys.

She worked with rapper D-Jukes on a single and promo video in 2014.

She was born in to Deborah Grace and Leroy Henry. Her brother, Regan Grace, is a winger for the St. Helens rugby team. In September 2015, she and her boyfriend, Ben Charles, had a daughter named Wynter Anna Grace Charles.

She starred on The Valleys alongside Darren Chidgey.

Lateysha Grace Is A Member Of