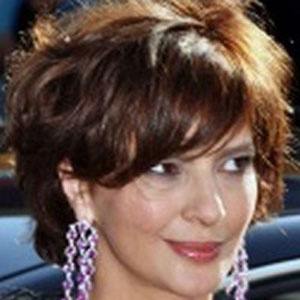 Dramatic Italian actress who is known for roles in The Son's Room, The Dancer Upstairs, and Remember Me, My Love.

She started her acting career in theater after having a successful career as a professional dancer.

She played Lady Montague in the 2013 UK adaptation of Romeo and Juliet.

She married Francesco Giammatteo, her third husband, on October 3, 2004. She also had two children from her previous marriages.

She co-starred in the thriller The Dancer Upstairs, which starred Oscar-winner Javier Bardem in 2002.

Laura Morante Is A Member Of