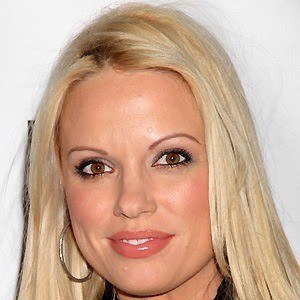 Former Playboy bunny who rose to prominence as the Playmate of the Month in July 2002 and starred in several Playboy movies.

She was born in Milwaukee, where she was often encouraged to compete in local beauty pageants and competitions.

In 2008, she became a member of PETA, an animal rights organization known for its protesting practices.

She had one child with partner major league baseball player Reid Brignac.

Both she and reality personality Khloe Kardashian have affiliated themselves with PETA.

Lauren Anderson Is A Member Of