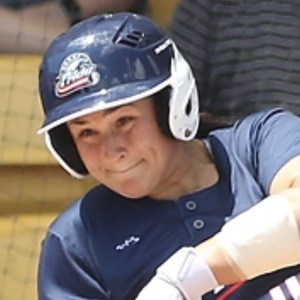 Professional softball player known for playing for the Oklahoma Sooners, she broke home run records and was given the Best Record-Breaking Performance ESPY Award.

She was born in Orange, California to Pam and Patrick Chamberlain. She has a sister named Danielle.

She was teammates with fellow USSSA Pride player Cat Osterman .

Lauren Chamberlain Is A Member Of