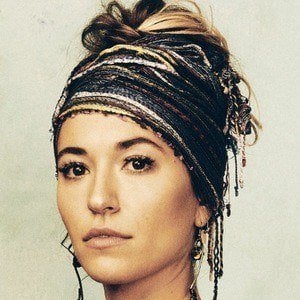 Notable for her Billboard-ranked Christian music EP and single "How Can It Be," she also scored a digital Christian hit with the 2013 track "Light of the World."

While attending the Child and Family Studies program at Louisiana State University, she auditioned unsuccessfully for American Idol. In 2013, after recording an album with a Louisiana group called The Assemblie, she was signed as a solo artist by the Centricity Music label.

Her early musical influences include sacred choral repertoire, the blues, and Cajun music.

She grew up in Lafayette, Louisiana, and was homeschooled for part of her youth as a result of a severe viral illness.

Lauren Daigle Is A Member Of