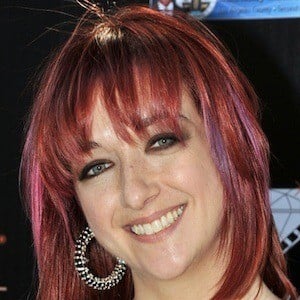 Animator known for The Powerpuff Girls, The Iron Giant, Super Best Friends Forever, and other films and animated series.

She studied animation at the California Institute of Arts from 1992 until 1994, during which time she was employed as a layout artist for Rough Draft Studios. She was hired by Cartoon Network Studios in 1999, following stints with Turner Feature Animation and Warner Bros. Feature Animation.

She developed and produced the animated series My Little Pony: Friendship is Magic, which featured the voice of actress Ashleigh Ball.

Lauren Faust Is A Member Of