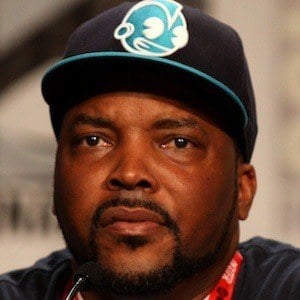 Artist and writer most well known as one of the illustrators behind the original Boondocks comics and the resulting animated series on Adult Swim. He has also done a great deal of voice acting for the series.

Unlike many, he worked to become a self-taught artist in his youth.

Both a writer and a producer, he has contributed to In the Flow with Affion Crockett and Black Dynamite.

Though born in Germany, he later settled in the United States.

He was an artist and illustrator for the Boondocks, working alongside the creator Aaron McGruder.

Carl Jones Is A Member Of