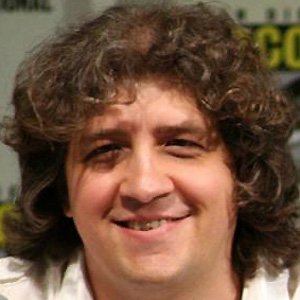 Artist who created the immensely popular Cartoon Network animated television shows The Powerpuff Girls and Foster's Home for Imaginary Friends. His work as a writer and storyboard artist for Dexter's Laboratory shot him to fame.

He started drawing at age three and never stopped. He studied at Cal Arts alongside fellow animator Genndy Tartakovsky. He was first hired by Hanna-Barbera Cartoons to serve as art director on 2 Stupid Dogs on TBS.

He took his talents to the Disney Channel and Disney Television Animation, when he was hired in 2012 to helm Wander Over Yonder. The series premiered in 2013.

He married fellow animator Lauren Faust, whose claim to fame was My Little Pony: Friendship is Magic, a cult hit that spawned the Brony phenomenon.

He influenced the animated work of Hayao Miyazaki.

Craig McCracken Is A Member Of