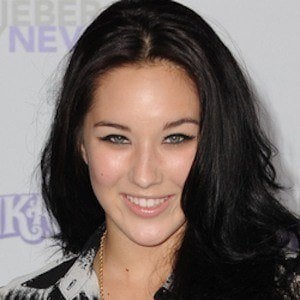 Dancer and singer who first rose to fame after joining the pop girl group The Stunners in 2009 until the group disbanded in 2011. She has since performed alongside stars like Justin Bieber and appeared on shows like Heroes and Victorious.

She and her husband are close friends with Vine star Zach King and his wife Rachel.

She married James Petrilli in the summer of 2014. She has a sister named Camryn.

Lauren Hudson Is A Member Of