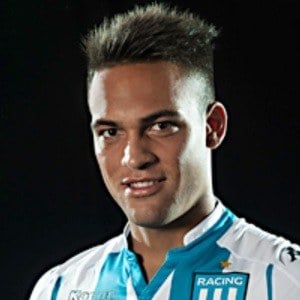 He began his youth career playing for the Liniers club in 2013. He then played with the Racing Club in 2014 and in 2015, made his senior debut with the club. In 2017, he played on Argentina's under 20 national team and in 2018, he was moved up to their first national team.

During his FIFA Under 20 World Cup appearance with Argentina, he was the first player to ever be dismissed after a video referral indicating he lashed out at a player from England's national team.

He was born and raised in Bahia Blanca, Argentina.

He made his international debut for the Argentina national team as a substitute for Gonzalo Higuaín in March of 2018.

Lautaro Martínez Is A Member Of