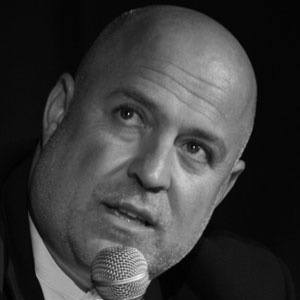 Leader in sustainable architecture who designed the Solar Umbrella House in Venice, California, which was named one of the Top Ten Green Projects by the American Institute of Architects.

He was employed in his father's restaurant while he was a high school senior; it was here that he met architect and Sarasota School of Architecture member Gene Leedy, who gave him his first job. He attended the University of Florida.

He was elected to the American Institute of Architects College of Fellows in 2010.

His family was of Jewish-Italian heritage; he was initially raised in Queens, New York, but his mother died from cancer when he was still young, and his family relocated to Miami, Florida. He married Angela Brooks in 1987.

He and Frank Lloyd Wright both made significant impacts on their eras of architecture.

Lawrence Scarpa Is A Member Of