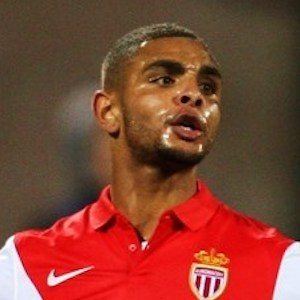 Professional French football player who is best known for his performances with the Ligue 1 club Paris Saint-Germain and the French national team. He is known for playing as a left back.

He began his career at Monaco in 2010, and played 96 official games for the team, scoring eight goals during his career there. In 2015, he transferred to Paris Saint-Germain.

He scored his first international goal on September first in 2016, in a 3-1 friendly win over Italy at the Stadio San Nicola in Bari.

He was born and raised in Fréjus, Var in France to a Guadeloupean father and a mother of Polish descent.

As a member of the French national team, he plays alongside Hugo Lloris, Steve Mandanda, Florian Thauvin, and Paul Pogba.

Layvin Kurzawa Is A Member Of