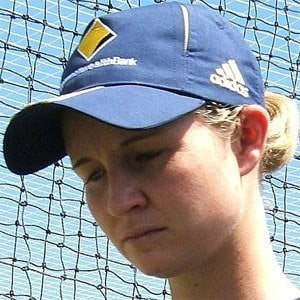 She starred for New South Wales at the U-17 national championships when she was 16.

She made her senior first-class debut in 2002 for the New South Wales Breakers.

She was born in Newcastle, New South Wales, Australia.

At the World Cup she was teammates with Jess Cameron.

Leah Poulton Is A Member Of