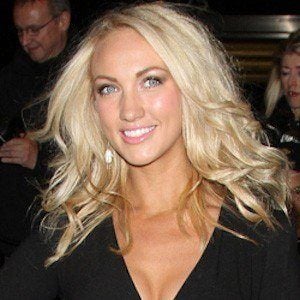 Reality TV star and practicing physician who is best known for her appearance on BBC One's The Apprentice (UK) reality series. She won the 2013 edition of the show.

She received her medical degree from the University of East Anglia in 2011.

In 2014, her clinic, The Dr. Leah Clinic, opened in central London. It has served as an office specializing in plastic surgery.

She was born and raised in Londonberry, Northern Ireland. She has a sister named Jodie.

Because of her win on The Apprentice, she was afforded the opportunity to work with Alan Sugar. He eventually helped fund and develop the Dr. Leah clinic.

Leah Totton Is A Member Of