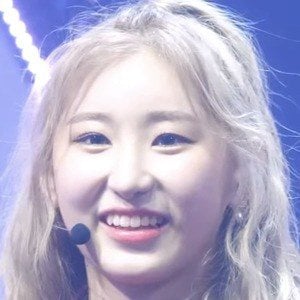 12th place finisher for the reality series Produce 48, which was good enough to earn her place as a member of the 12-piece girl group IZONE.

She trained under JYP Entertainment.

She is close with fellow Korean singer Lee Seo-yeon.

Lee Chaeyeon Is A Member Of