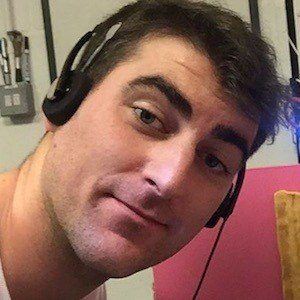 Animator that specializes in adult-themed claymation. In 2012, he received his break in filmmaking, when he was chosen to animate one segment of the horror anthology film, The ABCs of Death.

He graduated from the Northern Film School in Leeds, England in 2006. His interest in filmmaking began as a pre-teen.

He began making films with action figure toys, eventually moving to claymation as a means of saving money and working at his own pace. In 2013, he released the claymation short Ghost Burger as a sequel to his segment in The ABCs of Death.

He was born and raised in Leeds, England, where he studied filmmaking.

Quentin Tarantino and Sam Raimi are amongst his largest influences as a filmmaker.

Lee Hardcastle Is A Member Of