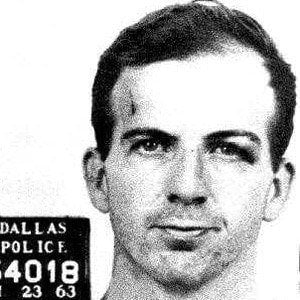 President John F. Kennedy's accused assassin who was later shot by Jack Ruby in 1963 while in police custody.

He served in the United States Marines for three years until he was honorably discharged in 1959.

Despite conspiracy theories, it is believed that Oswald did not act alone in killing the president.

He married Marina Nikolayevna Prusakova after six weeks of knowing her in 1961. They had children named Audrey and June together.

After Kennedy's assassination, Lyndon B. Johnson stepped in as the 36th President of the United States.

Lee Harvey Oswald Is A Member Of