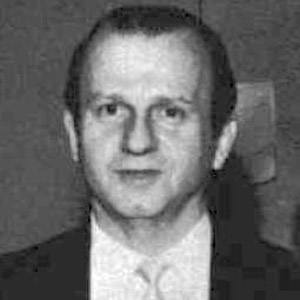 Nightclub owner in Dallas who murdered JFK assassin Lee Harvey Oswald and died of lung cancer before his trial.

He was a juvenile delinquent who spent much of youth in foster homes.

He had ties to organized crime and is thought by some conspiracy theorists to have been part of a larger conspiracy to assassinate the president.

He was the fifth of eight children born to his parents.

He was portrayed by Brian Doyle-Murray in the 1991 film JFK starring Kevin Costner.

Jack Ruby Is A Member Of