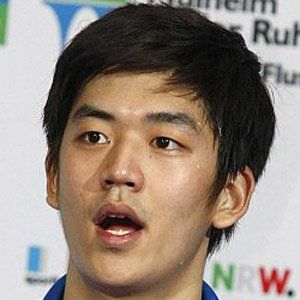 South Korean badminton player widely considered one of the best doubles players in the world. He has won more than forty doubles titles at events like the Hong Kong Super Series.

He played for the Samsung Electromechanics youth club and joined the South Korean national team at just fifteen years old.

Together, he and Lee Hyo-jung won the gold medal in men's doubles at the 2008 Olympic Games.

He and Gail Emms both won Olympic medals in badminton.

Lee Yong-dae Is A Member Of