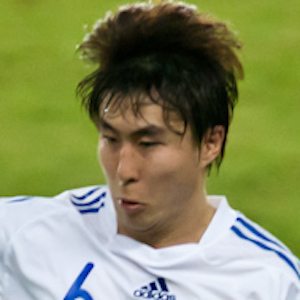 He first started his youth career with the Chugang University Academy where they trained him as a defender. He then went on to make his senior career debut with the Ulsan Hyundai club in 2010. He started playing with the South Korean national team in 2013.

He is known for having won the League Cup in 2011 and the AFC Champions League in 2012 as a part of the Ulsan Hyundai club.

He was born and raised in Ulsan, South Korea and shared a photo with his nephew to Instagram in December of 2014.

He played alongside Kim Seung-gyu and Kim Young-gwon as part of the 2018 South Korean national team at the FIFA World Cup in Russia.

Lee Yong Is A Member Of