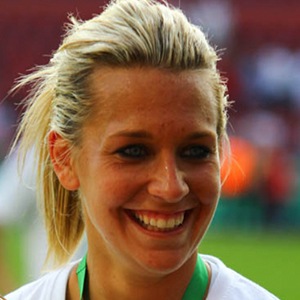 German soccer player who's best known for playing for the women's soccer club VfL Wolfsburg and the German national team. She won the 2013 UEFA Women's Championship.

She started her career by playing for her local soccer club SV Löhne-Obernbeck. In 2003, she joined the club FC Gütersloh 2000.

She won the 2004 FIFA U-19 Women's World Championship with Germany.

Her father is Dieter Goeßling. She has a brother named Arne.

Both she and Steffi Jones played for the German national team.

Lena Goeßling Is A Member Of