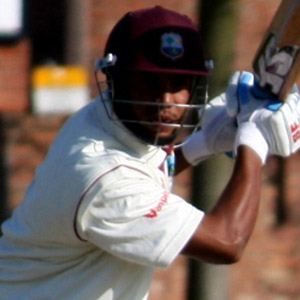 West Indian batsman who's played for the Guyana Amazon Warriors in the Caribbean Premier League and the Mumbai Indians in the Indian Premier League. He's most notably represented the West Indies in ODI play, including at the 2007 and 2015 Cricket World Cups.

In 2014, his bat had holes drilled into it by United States customs officials after they suspected that it was being used to smuggle illegal drugs. It was not.

He is the nephew of fellow West Indian cricketer Phil Simmons.

He and Kieron Pollard were teammates at the 2007 Cricket World Cup.

Lendl Simmons Is A Member Of