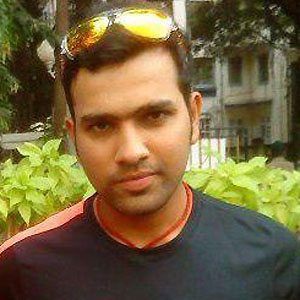 Indian international batsman known for his proficiency in limited overs cricket, particularly in the Indian Premier League, where he became the third captain to lead his team to two IPL titles. He's one of just a handful of players to record an international century in all three forms of the game.

He made his ODI debut in 2007, when he was only 20 years old. He also made his T20I debut that year, but it would be another six years before he played in his first Test.

He broke Virender Sehwag's ODI record in 2014 when he scored 264 runs (off 173 balls) in a match against Sri Lanka. That score also made him the first player with two ODI double centuries.

His parents are Gurunath and Purnima Sharma. He married Ritika Sajdeh in 2015.

He and Lendl Simmons have played together on the Mumbai Indians.

Rohit Sharma Is A Member Of