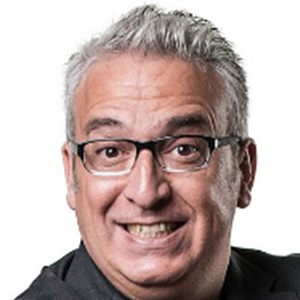 Spanish comedian and actor who is best recognized for his television appearances as well as his feature film roles. He is known for having appeared as a comedian on the shows La noche de Rober, Zapeando, and Me Resbala.

He studied both architecture and law before deciding to pursue a career in comedy. He was discovered while working in a bar by a ember of the Paramount Comedy channel. His television debut came in 2002 when he participated as a monologuist on the Comedy Club series.

He received the Lambrion Chupacandiles Prize from the Collective of Journalists and Communicators of Madrid in December of 2017.

He was born and raised in Matarrosa del Sil, León, Spain.

He participated in the Action Against Hunger and Child Malnutrition campaign alongside fellow comedian Dani Mateo.

Leo Harlem Is A Member Of