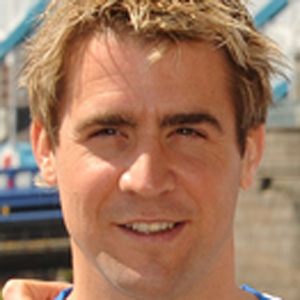 Diver who won a silver medal at the 2004 Olympics in the 10 meter synchronized event.

He began swimming at age two, and began competitive diving at age eight.

In 2005 he won a bronze medal at the World Championships.

He was born in Cheltenham, Gloucestershire.

Following his diving career he became a judge on the reality diving show Splash, where he judged celebrities such as Joey Essex.

Leon Taylor Is A Member Of