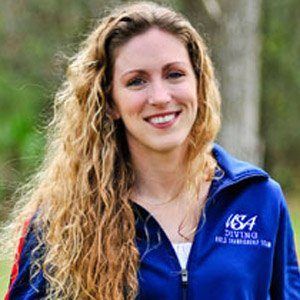 American diver who won the 2000 Olympic gold medal for the 10 meter platform event. She announced her retirement after the 2008 Olympics.

A growth spurt made her too tall for gymnastics.

She won a gold medal in 2000 and graduated from the University of Texas.

Her parents are named Ed and Linda, and they raised her in Houston, Texas.

She is one of the winners of the Olympic gold medal, like speed skater Dan Jansen.

Laura Wilkinson Is A Member Of