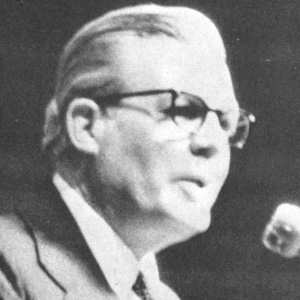 An influential Mormon historian, he wrote extensively about the settling of the American West, focusing especially on the Mormon leader, Brigham Young. His best-known works include The Mormon Experience: A History of the Latter-day Saints (1979) and Brigham Young: American Moses (1985).

An agricultural scientist and economist by training, he earned degrees from the University of Idaho and the University of North Carolina at Chapel Hill. During World War II, he served in Italy and North Africa.

He wrote many of his books at a time when the Church of Latter-Day Saints allowed outside academics free access into its archives.

He was born in Idaho to farmer parents who belonged to the Mormon faith. He was married twice and fathered two sons and a daughter.

His books on the lives of key Mormon leaders like Joseph Smith and Brigham Young remained in print for decades.

Leonard J. Arrington Is A Member Of