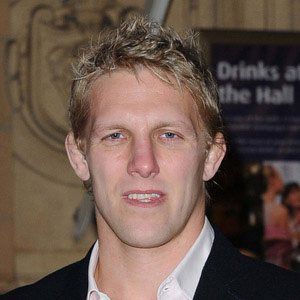 Former flanker with the Lancester Tigers who led the team to consecutive European Cup wins in 2001 and 2002.

He started playing mini rugby at the age of five, and by 12 played on his school's team.

He became one of the most capped English rugby players, winning both the World Cup and the Grand Slam in 2003.

He had two children with his wife Annie, who worked as an interior designer.

He and Johnny Wilkinson both played on the English national team.

Lewis Moody Is A Member Of