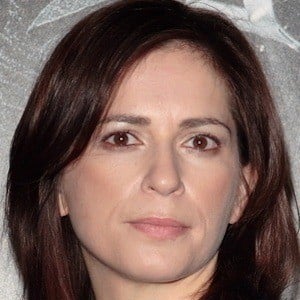 Director and former karate champion known for her 2005 film Green Street, which won both the jury and audience awards at South by Southwest. She also directed Punisher: War Zone and Lifted.

She grew up competing in karate and became a World Karate Association point-fighting champion when she was 19 years old.

She's become known for being vocal about gender equality issues within Hollywood. She was nominated for an Academy Award in 2003 after directing the short film Johnny Flynton.

She grew up in Germany and is of Palestinian descent through her father.

Elijah Wood and Charlie Hunnam both starred in Green Street.

Lexi Alexander Is A Member Of