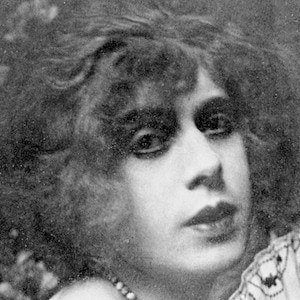 Danish painter who became one of the first recognized people to under sex reassignment surgery, transitioning from a man to woman. She was believed to have been born intersex.

As Einer Wegener, her birth name, she established a fairly successful career as a painter. She married Gerda Gottlieb in 1904 and moved to Paris, where Elbe could live openly as a woman and Gottlieb as a lesbian.

She underwent sex reassignment surgery in 1930, which was highly experimental at the time, although she was not the first to undergo it. She died in 1931 following complications from a uterine transplant.

After transition and becoming legally a woman, her marriage to Gottlieb was made invalid. She then entered a relationship with Claude Lejeune, but died shortly after.

Her story was the subject of David Ebershoff's novel The Danish Girl, which was adapted into a movie by the same name starring Eddie Redmayne.

Lili Elbe Is A Member Of