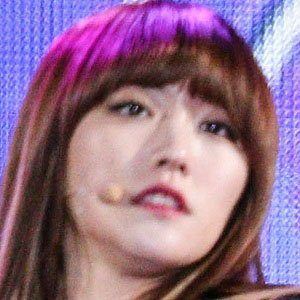 Famous as the lead vocalist and dancer in the all-female K-pop group Hello Venus, Lime released Venus, the band's first album, in 2012. Her subsequent recordings include Like a Wave and Would You Stay for Tea?

She began her career as a member of a South Korean musical talent development program called Pre-School Girls.

She penned lyrics for several of Hello Venus' rap tracks, including "What Are You Doing Today?" and "Winter Fantasy."

She and Raina both rose to fame as members of Pledis Entertainment girl groups. Raina performed with the popular South Korean band After School.

Lime Is A Member Of