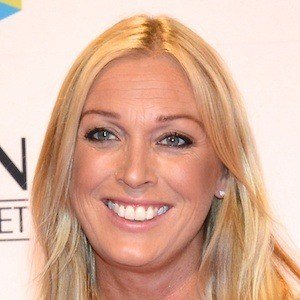 Television show host and personality who is best known for her work on the TV4 reality series Bonde Söker Fru. In 2016, she participated on the celebrity dancing program Let's Dance.

In 1990, she was crowned Miss Sweden and she went on to compete in the Miss Universe pageant later that same year.

Early in her career she was a news reporter and weather presenter for TV3s News.

She married Jacob Lindorff in 2009.

Both she and Victoria Silvstedt have competed in the Miss Sweden beauty pageant.

Linda Lindorff Is A Member Of