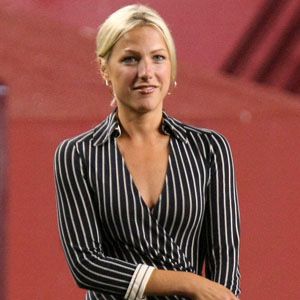 Experienced sports reporter and anchor who became known for her work with ESPN's "SportsCenter" and TNT's NASCAR Sprint Cup Series.

Her first broadcasting jobs included being a production assistant at CNN and an on-air news reporter for WAWS in Jacksonville, Florida.

She appeared in the 2000 indie action flick, "Aquarius."

She married WRC-TV reporter and weekend anchor Craig Melvin in 2011.

She took over for Jay Harris on the 6 p.m. installment of SportsCenter in 2012.

Lindsay Czarniak Is A Member Of