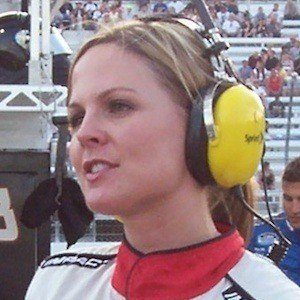 Sports reporter who is famous for her time as a NASCAR and NCAA sports for Fox Sports. She previously worked as an anchor for ESPN's flagship SportsCenter program prior to joining Fox Sports.

She earned her bachelor's degree from Florida Atlantic University. She first joined Speed Channel as a correspondent in 2005.

In February 2017, she was named the co-host of Fox Sports' NASCAR Race Hub program. She has also worked for Fox Sports as an NFL sideline reporter.

She married her husband Jerry in April 2008. She has twin boys named Liam and Brady.

She and Danielle Trotta have both served as co-hosts for NASCAR Race Hub.

Shannon Spake Is A Member Of