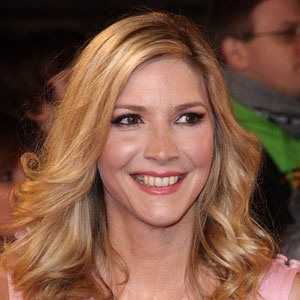 Famous as the host of the British television culinary program What's Cooking? From the Sainsbury's Kitchen, this TV personality and celebrity chef is equally well known as an actress, with credits that include New Street Law, Murder in Suburbia, Burn It, Dangerfield and Holby City.

When she was in her mid-teens, Faulkner lost her mother, Julie, to cancer. Around this time, she began modeling and, at age twenty, made her screen acting debut in the Jane March film The Lover.

In 2010, she became the champion of the Celebrity Masterchef reality cooking contest.

Before divorcing in 2011, she and her husband and Burn It co-star, Chris Coghill, adopted a daughter. Faulkner later began a long-term relationship with fellow chef and television personality John Torode.

Between 2010 and 2012, she appeared with Yannick Bisson in four episodes of the Canadian series Murdoch Mysteries.

Lisa Faulkner Is A Member Of