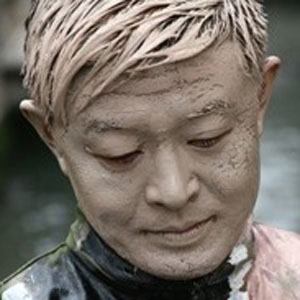 Chinese artist who is known as "The Invisible Man" and released a popular series called Hiding in the City.

He made an effigy of US President Barack Obama to celebrate his visit to China.

He was raised with family in China's Shandong province.

Another Chinese artist like him is Chen Wen Hsi.

Liu Bolin Is A Member Of