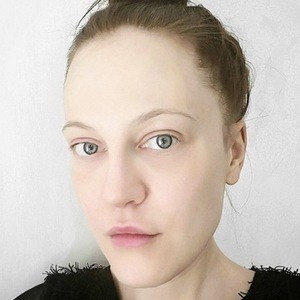 Film and television actress known for her appearances in small roles in movies and shows like Anna Karenina, Supernatural, City of Tiny Lights, and The Legend of Tarzan.

She previously studied acting at the prestigious Lee Strasberg Theatre and Film Institute before earning one of her first acting credits in a 1997 episode of Bryggeren.

A skilled photographer, she was a finalist at the 2015 Events Photography Awards. She also published the book of portrait photography Almost New York.

She has one brother and a younger sister.

She appears alongside Riz Ahmed and Billie Piper in the 2016 thriller City of Tiny Lights.

Liv Hansen Is A Member Of