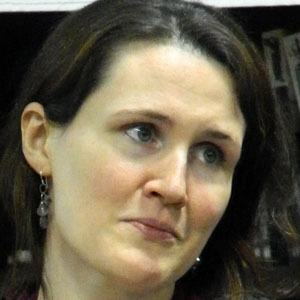 Motivational speaker and author who published the bestselling memoir, Breaking Night, which details her admission to Harvard University despite having been homeless during her teenage years. Also an entrepreneur, she founded an organization called Manifest Living.

She was born in the Bronx, New York, to parents suffering from drug addiction. After her mother died from complications of AIDS, she and her HIV-infected father became homeless.

Her marriage to James Scanlon resulted in a son named Liam and a daughter named Maya Jean.

She was portrayed by actress Thora Birch in a 2003 made-for-television movie titled Homeless to Harvard: The Liz Murray Story.

Liz Murray Is A Member Of