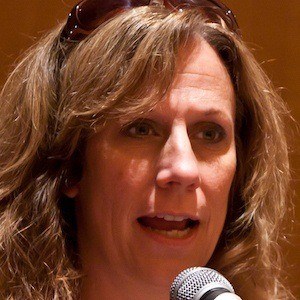 Comedienne and writer known for her satirical political content. She co-created The Daily Show and became head writer on the series.

She started performing stand up in 1983. Her early work includes The Jon Stewart Show and The Man Show.

She was raised Catholic and was the youngest child in her family.

Despite creating The Daily Show and being instrumental in bringing in some of its most famous correspondents, she didn't work on the show with Jon Stewart, leaving while Craig Kilborn was still host.

Lizz Winstead Is A Member Of