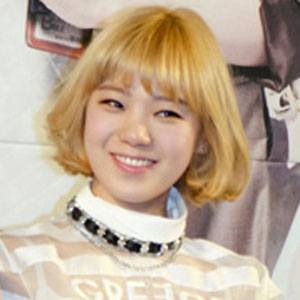 Born Park Soo Young and known professionally as Lizzy, this South Korean pop vocalist became famous for her membership in the girl groups After School, Orange Caramel, Mystic White, and After School Blue. Also an actress, she appeared on the MBC shows All My Love and Rascal Sons and served as a cast member on the variety show Running Man.

Before joining After School in early 2010, she was a backup dancer for singer Son Dam Bi.

She grew up in Busan, South Korea, and later studied music at Kyung Hee University.

In 2012, she and Han Sunhwa both became members of the all-female vocal ensemble Mystic White.

Lizzy Is A Member Of