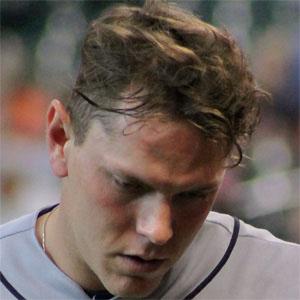 MLB left fielder and first baseman who debuted in 2010 for the Florida Marlins.

He played in the 2010 MLB All-Star Futures Game while in the Marlins farm system.

He began wearing #5 on the diamond at the request of his late father.

He and Giancarlo Stanton both debuted for the Marlins in 2010.

Logan Morrison Is A Member Of